Exploring the Riches of the East

A great benefit to studying bioinformatics is the ability to conduct your research anywhere and anytime. Gone are the days of being tethered to a shared laboratory, forcing face-to-face interactions with colleagues on a daily basis. Even collaborations can be carried out exclusively through e-mail. For scientific research, bioinformatics is a hermit’s dream. 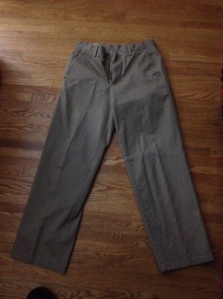 Donning archaic implements such as these are no longer required to do research.

However, I’ve always enjoyed interacting with like-minded individuals. But as the only student working on bacterial ecology/human microbiome project in a lab full of parasitic nematode enthusiasts, overlap is rare. So when a chance to visit with Robert Beiko’s lab (http://kiwi.cs.dal.ca/beikolabWordPress/) at Dalhousie University presented itself, I leapt at the opportunity. Getting to work with a stellar metagenomics group (while abandoning the landlocked northern desert of Calgary for a few weeks) was too good to pass up.

I made a brief visit to my native home (Cape Breton) and then joined the lab shortly after Canada Day. Although Rob was away at a conference, his students had me promptly up and running with desk space and a visitor’s network connection. I got to mingle with the group and learn a little about their research interests. The first thing I noticed was the broad diversity in the group; the backgrounds of the students and researchers spanned the fields of computer science, software engineering, evolutionary biology, math/stats, and molecular biology. This really fostered a collaborative environment, as each person’s strengths could be used to aid the research of others.

Upon Rob’s return, sitting down and chatting with him showcased what the lab is about. Although strongly rooted in computer science, the fundamental goal of their research is to understand the biologically meaningful interactions that could be identified in complex metagenomic data. I got to sit in on discussions about identifying novel species of Lachnospiraceae in the human microbiome, expanding analysis of microbial diversity to include broader phylogenetic levels beyond the constrained 97% similar OTU, and get feedback on both technical and biological issues that are involved in my own research.

Feedback on my research came from the whole lab, as I was given the opportunity to commandeer their regular Tuesday morning lab talk. Although I’m used to weekly talks occurring in the labs I’ve been a part of or visited, the Beiko lab had a unique way of conducting theirs. Notably, PowerPoint presentations were banned; all talks were conducted via dry erase markers and a whiteboard. The speaker for the week was selected through a random number generator and was handed a coffee mug containing writing implements on the morning of the talk. Although unconventional, this provided quite a few benefits:
– Speakers get to step away from their computers for a change.
– Discussing your research without being constrained to the “script” of a pre-defined talk allowed for more interaction with the audience.
– This format helps you practice discussing your research without the safety net of your slides.
– You can illustrate other points from your research on the fly.
– As my visitor status let me circumvent the usual random process, the lab was granted a one-week reprieve from being assigned the dreaded presenter’s “Mug of Damocles.” This pretty much guaranteed a happy and attentive audience.
– You get to draw stuff. Drawing is fun.

While I was there, I also got to engage in a microbial meeting led by the senior PhD student, Dennis Wong. The group met to discuss the different analytical methods used to study microbes. Luckily, on this day they were discussing phylogenetics, so I was able to contribute knowledge from my MSc days. It felt good to have something to contribute to the group, as I was gobbling up their time and space!

Near the end of my stay in the Beiko Lab, I had the opportunity to take in a talk by Dr. Jim Brown, director of computational biology at GlaxoSmithKline. His talk was titled “Human-Microbial Interactions in Drug Discovery.” He talked about how drug development is changing to incorporate microbiome data of the hosts/patients. It was directly related to my research and demonstrated new ways in which metagenomic data are driving research and development.

Experiencing how a different lab does business is informative and also great fun. As a grad student, a change of scenery coupled with a semi-vacation is probably the most relaxing way to establish new collaborations and remain productive. I had a blast visiting the Beiko lab, and look forward to interacting with them in the future!